As engine-operating conditions grow more severe, so do the demands placed on your motor oil. Hence the need for updated oil specifications, like ILSAC GF-6, API SP and GM dexos1 Gen 2.

New engine hardware such as turbochargers, direct injection and variable valve timing (VVT) place increased stress on your engine oil. This, in turn, has led to the introduction of more strict more oil specifications.

Here’s what we’re going to cover:

Corporate Average Fuel Economy (CAFE) standards require a fleet-wide average of about 40 mpg by 2026 in the United States.

To meet these requirements the automotive industry has focused on smaller, more fuel-efficient engines. In fact, most new vehicles now feature gasoline direct-injection (GDI), a turbocharger or both (T-GDI).

Smaller, more-efficient engines that make the power and torque of higher-displacement engines undergo more severe operating conditions that can lead to…

The biggest motor-oil-related challenge on the horizon is LSPI, which can destroy pistons and connecting rods.

LSPI can cause cracked pistons and rods

LSPI is the spontaneous ignition of the fuel/air mixture before spark-triggered ignition.

It is another version of pre-ignition. Pre-ignition (engine knock) has been around since the beginning of internal combustion engines.

LSPI, however, occurs under low-speed, high-torque conditions, such as taking off from a stoplight in T-GDI engines.

This scenario can create conditions where the fuel/air ignites too early in the combustion cycle, throwing off the engine’s timing.

The expanding combustion charge collides with the piston as it’s moving up the cylinder, potentially destroying the pistons or connecting rods.

Experts suggest the cause is due in part to oil/fuel droplets or deposits in the cylinder igniting randomly. The droplets and deposits contain enough heat to ignite the air/fuel mixture before spark-triggered ignition.

Oil formulation can play a role in reducing LSPI.

The performance of the entire formulation – not just one or two ingredients – is what counts.

General Motors was first out of the gate and required oils to pass its own LSPI test. Its GM dexos1 Gen 2 specification took effect Aug. 31, 2017.

The latest American Petroleum Institute (API) specification, API SP, took effect in May 2020. As did ILSAC GF-6, the latest spec from the International Lubricants Standardization and Approval Committee. For the most part, it mirrors API specifications.

ILSAC has set a new precedent in the passenger-car motor oil market by splitting its specification into two parts. One of the main differences between the two specifications is compatibility.

See the chart below. Both versions focus on wear protection, prevention of LSPI and improved engine cleanliness. However, GF-6B features a more stringent fuel economy test.

Engine oils can easily be identified as ILSAC GF-6A or 6B by the API emblem on the front label of the packaging. A shield represents the GF-6B specification, while the traditional starburst indicates a GF-6A product.

Both ILSAC specifications meet the industry-standard API SP specification which is most commonly found in owners’ manuals.

For now, you don’t have to worry too much about LSPI.

Your vehicle’s computer is programmed to avoid operating conditions that lead to LSPI. But, operating your engine under those conditions does promise fuel economy gains.

You can safely use our synthetic motor oils in engines that call for those specifications.

*Based on independent testing of Signature Series 5W-30, XL 5W-30 and OE 5W-30 in the LSPI engine test as required for the GM dexos1® Gen 2 specification. 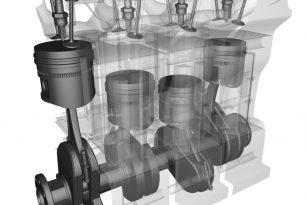 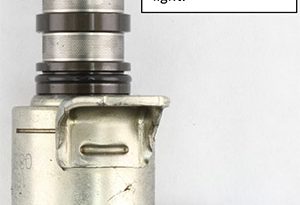